Full Name
Sarah Gulick
Job Title
Film and Digital Media Producer
Company
National Park Service
Speaker Bio
Sarah Gulick is an award winning film producer for the National Park Service. She is passionate about using film as a tool to transport viewers and to encourage collaboration. She doesn't get to wear a ranger hat, but Sarah works with parks across the country to help them use film and digital media to meet a wide range of unique goals.

For the Wilderness Stewardship Division, she co-produced a series of films emotionally connecting viewers to places they may never visit. In Glacier Bay National Park she is part of collaborative process with the Huna Tlingit to tell an inspiring story of ongoing healing born out of a painful past. At Brooks Camp in Katmai National Park, she produced 'Bear School 101', a tool to engage visitors in best practices (no hugging).

Sarah is based out of the Harpers Ferry Center - a national design hub for interpretive media for the National Park Service. In addition to producing and directing films, she serves as an executive producer and manages government film and digital media contracts. 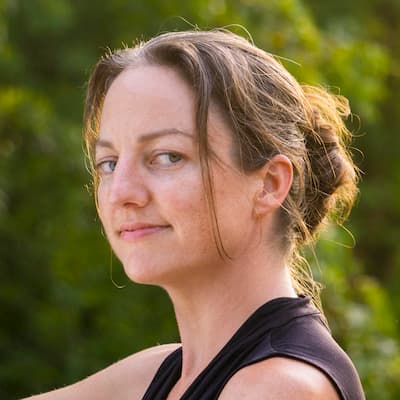