Full Name
TJ Trochlil McGreevy
Job Title
Vice President, Video Production
Company
2U, Inc.
Bio
A native of West Virginia, TJ Trochlil McGreevy has been a leader in innovating educational content for over 20 years. Through her work in video, television, higher education as well as fostering opportunities for women and teens, she has had a broad impact on the industry and the possibilities for video's impact on educational media.

Since joining 2U in 2010, she has been instrumental in shaping the vision for video in course development for over 60 online master’s degrees. As Vice President of Video, she has grown and leads a team of 50+ video professionals with two studio locations in Arlington, VA and Los Angeles, CA. This year her team has produced over 30,000 videos while continuing to reimagine the most effective means of digital education through video.

Prior to her experience in post-grad education, TJ produced, co-wrote, and co-starred in a nationally distributed television program called Jibberboosh for the Cerebellum Corporation, co-produced over 30 workbooks for Sylvan Learning in Language Arts and Math, and created online games for the original WordGirl website on pbskids.org. She was a contributing author in a college-level instructional resource kit for teaching about mass media. TJ served on the Board of Directors for Women in Film and Video from 2003-2005 where she co-chaired Image Makers, teaching area teens the process of filmmaking by creating a PSA for a local non-profit. She has her master’s in Child Development from Eliot-Pearson at Tufts University. Her volunteer work includes tutoring for Horton’s Kids in Washington, DC.

TJ is the youngest of 9 children (which, frankly, explains a lot about her) and currently resides in Arlington, VA with her husband and three young children.
Speaking At
How to Leverage Video to Transform the Future of Higher Education 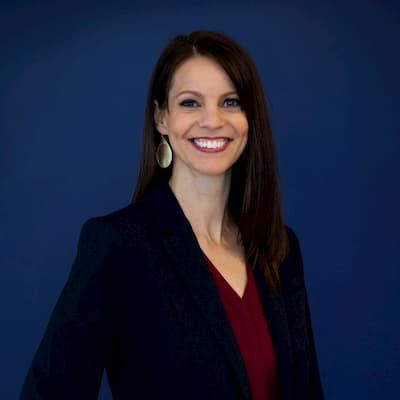