Full Name
Celene Di stasio
Job Title
COO
Company
DCV
Speaker Bio
As a seasoned, award-winning Creative Director, Celene helps brands discover, build, and express their identity and impact. She is particularly passionate about sharing stories that inspire people and has a unique ability to open their eyes to a different world.

Influenced by her global experience and having spent most of her life in Europe—between Italy, Spain, and the United Kingdom—she adds an artistic touch that cultivates “aha” moments across diverse audiences. Celene worked at Cinecittà Studios, Italy’s Hollywood, with Paramount Pictures and Miramax Films with actors Matt Damon, Gwyneth Paltrow, Jude Law, and Cate Blanchett.

Then, she joined National Geographic Television and Film for both NatGeo Italia and NatGeo Latin America on broadcast shows like SharkWeek, Travel Series, Italian Archaeological Discovery and Megastructures Series.

Today, Celene is the globe-hopping Chief Operations Officer of Digital Creative Visionaries, a video production agency based in Washington D.C. with offices nationwide. She is also an international speaker and the Co-Founder of ShortKlips, a technology platform that turns around professionally edited videos within 24 hours.

Celene is an advocate for women in technology and has a strong commitment to advancing social and environmental change.

She is a published author, holds a degree in foreign languages, and regularly consults on strategic communication.

Fluent in English, Spanish, and Italian, Celene is proud of her Italian roots, which follow her everywhere she goes.
Speaking At
Amazon Travelog - The Culture and Scenery 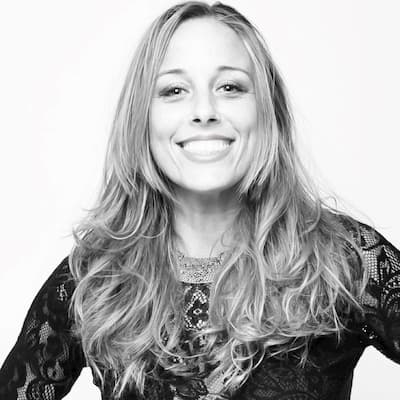