Based in the nation's capital, Taylor exclusively covers Ohio's 18 members of Congress. His reporting for Spectrum has also taken him to over a dozen states as he explores the Midwest's role in national politics.

Before joining Spectrum, Taylor was a reporter for ABC57 in South Bend, Indiana. Over the course of three years, he covered Mayor Pete Buttigieg and his campaign for chair of the Democratic National Committee, Mike Pence's rise from Indiana governor to vice president, the 2016 Republican National Convention in Cleveland, Donald Trump's Inauguration Day in Washington, and local politics and education in southwest Michigan.

He is a New Jersey native who will never turn down pizza, bagels or donuts.

If you have a story idea or news tip, you may contact Taylor at taylor.popielarz@charter.com or on Twitter @TaylorPopielarz.
Speaking At
The Unique Challenges of Mobile Journalism in Washington DC 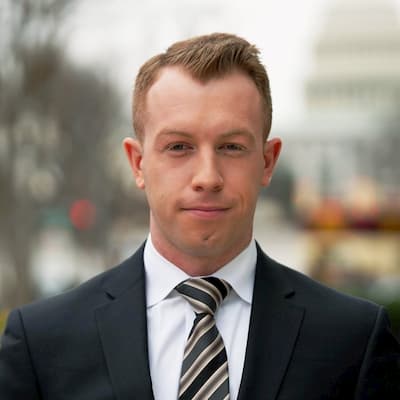