Larry’s office sets standards for web and social media across his agency and its constituent bureaus and offices, including establishing a common, cloud-based platform for Web hosting, plus flexible support contracts. He spearheaded negotiations with social media services for federal-friendly terms of service, managed video production for the Secretary’s office (including establishing a widely used business model for live webcasting), and has run one of his agency’s successful social media presences.

An Army veteran with experience leading media teams widely spread by geography, Larry now acts as a prime point of contact for agency-level web efforts. His recent projects include creation and enhancement of a Drupal platform-as-a-service that hosts a half-dozen dot-gov websites. He advises other agencies on web and social media issues and was invited to the DrupalCon GovSummits in both New Orleans and Nashville.

A content-creator by training (screenplays, short films, multi-media productions, websites), Larry says that his greatest impact during government service has been in the projects that he helped kill or slow down until they were done right. “Smart people sometimes have ideas that look great from their perspective -- and in government, it’s easy to be just a follower. What’s more helpful is to provide other perspectives -- counsel, not just obedience. That’s what I expect from my people and part of the value I offer to my own leadership.”

Larry has an MA from Syracuse University’s S.I. Newhouse School of Public Communication and is ABT on an MFA in Digital Cinema.
Speaking At
From Camera to Web -- Wall-to-Wall Solutions for 508 Compliance 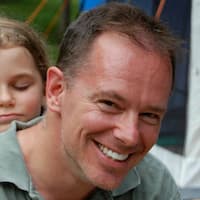